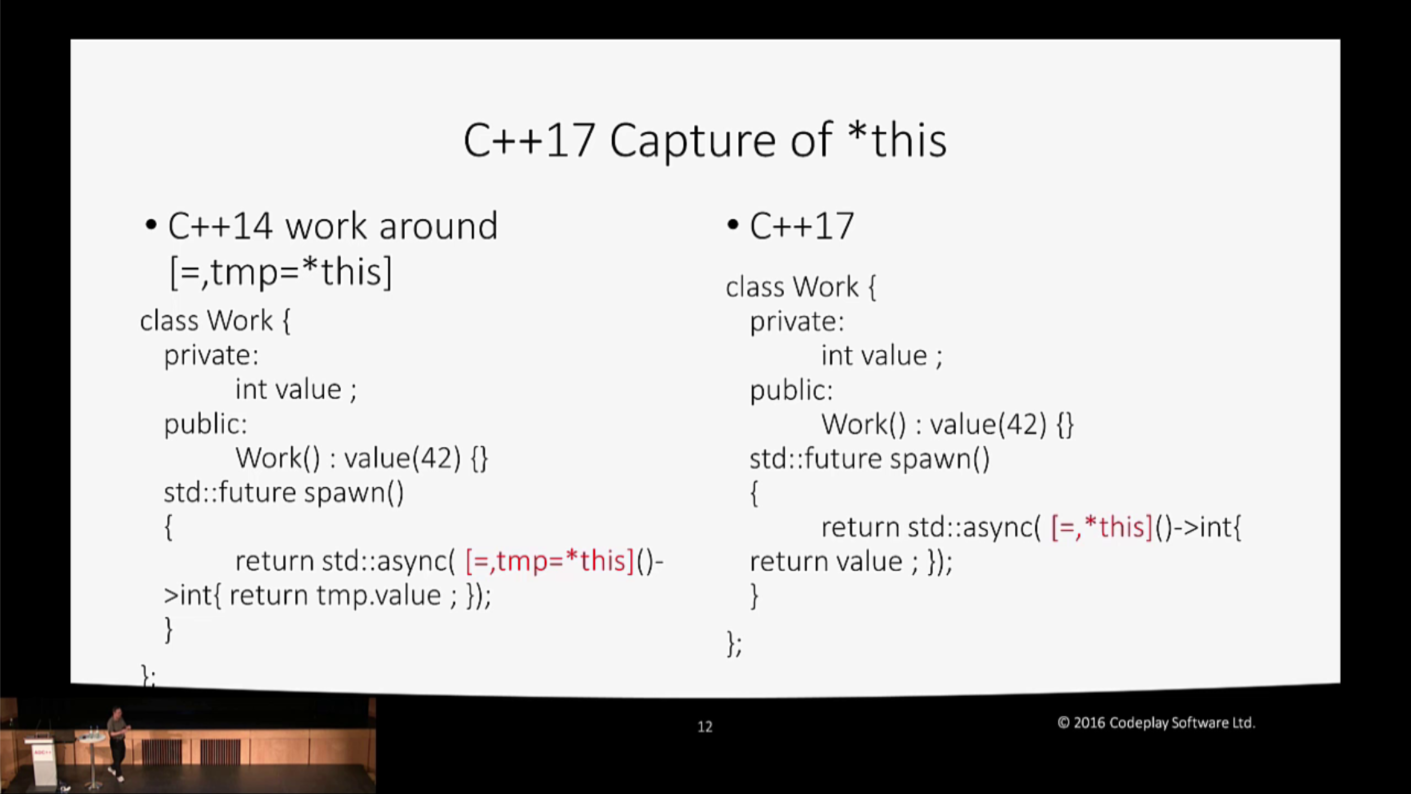 C++17 has promised to be a major release from C++11/14.
This will be one of the first talk on C++17 showing the major features.
There will be Filesystems, Parallelism, and Special Math, as well as a large number of language and library features, but nothing major like the Move semantics in C++11 that changed C++ for every user.
Many other features were already baked in through the various Study Groups.
C++ has 14 study groups that act as Michael Wong Committees, promising to keep features coming for years. There will be Co-routines, Concepts, contracts, modules, ranges, reflection, Transactional Memory coming, but none of these major features made it into C++17. Concepts and many other major features were pulled out or not voted in at the last Standard meeting, causing great controversy on the internet.
What were the committee thinking and why? And what did we get and will it change C++17 the way C++11 changed C++98/04 into a new language?